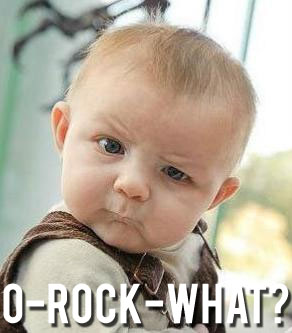 There is a lot to learn in Irish Dance, not just the dance steps for the dancers, but if you want to be a parent 'in-the-know', you have some homework too. There are the names of all the dances, names for all the parts of the 'costume', and to raise the level of difficulty, there are extra terms in some other-worldy language whose pronuciation have nothing to do with how they are spelled, or so it seems.

I wanted to be a parent in-the-know, so I learned the words early, and used them whenever I could to show I was 'hip'. While I used them correctly meaning-wise, I totally hosed up the pronunciation and ended up 'not-so-hip'. I also found, when I thought I had it down, that there is a lot more behind the terms than I first thought.

So without further ado, and in no particular order, here is a quick reference for the funky dance terms you should know. This is meant to familiarize you with the terms, but there is a lot more behind each one, which exceeds the scope of this post. If you want to learn more, Google is your friend.

Not 'fice' like so many un-in-the-know parents say, yes, including me, initially.

We all know I before E, except after C, BUT, I before S if you are spelling FEIS!

Side Note: Oireachtas is also a governmental term used in Ireland.

This is one word that is not spelled anywhere near what you think it would be, so I created a little memory aid that is also a little motivator:

OIREACHTAS - Oh I REACH To A Star

This is a multi-use term I became familiar with prior to my association with Irish Dance. I heard 'ceili in the kitchen' used by a popular band, and it referred to the gathering of people, playing music, singing and dancing. In Irish Dance however, a ceili can be thought of as a group dance done in performances or in competition.

This is a term I did not hear until we had been involved in Irish Dance for a number of years, but I seem to hear it more often now, so I either missed it early on, or it is more prevalent now.

A féile is a like a feis, but has only dance competitions, not the crafts, baking etc... like a feis may have.

This is the soft shoe the female dancers wear. You know, the one with the 9 foot long laces.

Rince is the Irish word for dance, and up until researching this article, I pronounced it "rinse". See, still learning.

Another Irish word for dance.

The Ard Diploma Choimisiuin Le Rinci Gaelacha is a Certified Adjudicator or Judge of Irish dance.

There are other terms I have come across that, while not necessarily dance related, may come in handy in your involvement in Irish Dance or culture.

Usage: "It was great craic".

Upon hearing it used, you may want to make sure you are in an environment where it is understood how it is intended

Beer, or I guess you could just ask for a Guinness.

MEN, typically seen on a MENS room door. I have found this mostly in Irish Pubs without translation, which I think is intentionally done to mess with the tourists.

WOMEN, seen on a women's room door for the same reason they use Fir on Mens.

Memory Aid: Remember Male and Female for these signs is reversed, the F is for Male and the M is for female. This will probably come naturally after a few pints.

So, what did I miss?

Those are the ones that I see most often. Have I missed any important ones, or maybe something that may be regional? If so, please add it in the comments below.

My little girl absolutely loves her Irish dancing shoes, they are perfect and the fact they come from near her granny and we live in Australia amazes her.