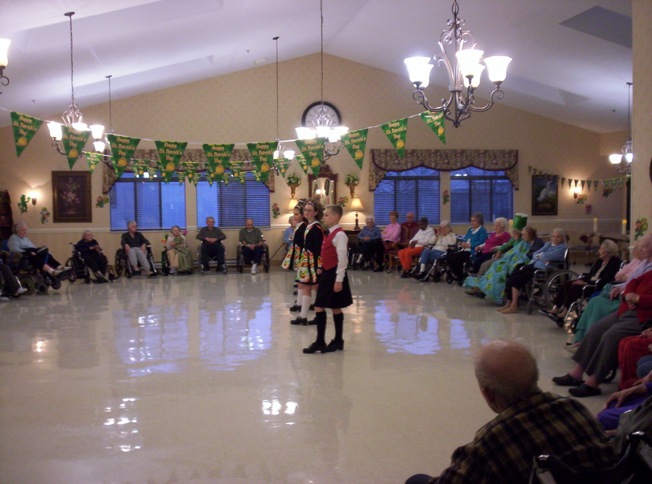 Can dancing help with dementia?

A study led by the Albert Einstein College of Medicine in New York City gives evidence that dancing may prevent dementia more than other types of physical exercise.

The 21-year study of senior citizens aged 75 and older measured the cognitive effect of different activities in those who participated.

Researchers found that those persons who participated in intellectually stimulating hobbies showed a reduced risk of dementia. They found no association between the physical activities and the prevention of dementia—except in the case of ballroom dancing, which showed a higher percentage of dementia reduction than any of the other activities.

Those who read for fun showed a 35% reduced risk of dementia, bicycling and swimming resulted in 0%, and ballroom dancing an astounding 76%.

Laura Wilson Mau, a Registered Dance/Movement Therapist explains that certain human experiences can actually turn on genes that facilitate neurogenesis, the growth in the human brain.

Mau says, “Novelty, physical exercise and enriching life experiences have all been shown to activate gene expression which then contributes to the growth of new neurons in the brain.”

So why does dancing prevent dementia?

Mau tells us, “The process of ongoing neurogenesis can actually stop or prevent the production of amyloid plaques (a hallmark of Alzheimer’s disease) in the brain.”

When our brain cells weaken with age, we forget places and names because there is only a single neural connection to the memory.

Richard Powers, professional dance instructor at Stanford University compares the neural pathways to stepping-stones in a creek.  Powers says, “The more stepping stones there are across the creek, the easier it is to cross in your own style.”

Brain cells are like stepping stones that may fail with age. Those people who cross the creek the same way, never trying another path will find themselves unable to cross when one of the stones is gone.  Those who try different mental routes will have other paths left to bridge the gap.

Our brain rewires its neural pathways as needed.  If it doesn't need to, then it won't.  In social dancing, like ballroom and ceili dancing, partners make on the spot decisions that can stimulate the neural pathways.

Mau suggests that the intense nonverbal communication and the physical and cognitive demands of learning and executing dance steps makes social dancing a novelty.

The novelty creates new pathways, new stepping-stones in the creek for the brain to use.

Recently an Italian neurologist found a correlation between Irish dance, and an improvement in Parkinson's disease.

Doctor Daniele Volpe's found that the directional change of the Irish dancing, the need to maintain reasonably consistent step lengths, and the transfer of weight from one leg to the other are therapeutic for those suffering from Parkinson's disease.

Doctor Volpe's studies imply that Irish dancing can have a healing affect on the mind and the body.

All dancing is beneficial to body and mind, but only the types of dance that require split second decisions, like Irish dancing, form the extra pathways.  As you learn new steps and dances, you are promoting neurogenesis. When you learn new skills and make rapid decisions as you dance, you enhance the neurons in your brain.

What can I do to build my cognitive reserve?

Attend dance as frequently as your schedule will allow, and give yourself opportunities to use your intellectual skills. Make up dances on your own that stimulate your brain and encourage novelty.

If your teacher is open to the idea, devote the last few minutes of class to an impromptu session where creativity rules.  Irish dancing can be a key in helping you to be both intellectually stimulated and physically active.

“Dancing has no negative side effects,” Mau says. “The research just points more and more toward its benefits in both wellness and prevention. Why wouldn't you dance through your life?”

'Quick processing and shipping. I am very satisfied with the service.'