A reminder to be always be safe. 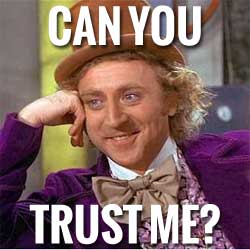 In August of last year, we attended a feis in Wisconsin, the second of a back-to-back weekend, and I ran into a situation that although I guess was always possible, I really didn’t think would happen.

There was a man who was taking pictures and panning the entire hallway with his phone camera, filming the girls while they were warming up. Innocent enough from the initial outward appearance, but when the girl child (aka TGC, my daughter) realized he was filming her, and she had no idea who he was, she got creeped out. She mentioned it to my wife who noticed he did not appear to be accompanying a dancer, and when I realized what was going on, I tried to approach him and he left the building quickly. Sometime later he showed up again, but security had been informed and when they found him, he was escorted out.

That’s it in a nutshell, and you can see how that might be a little unnerving. The whole story is out on What The Feis if you are interested. Some of you may have seen the article back in August, but if not, you can see it here: http://whatthefeis.com/parents-dancers-please-read/

So why am I bringing it up now?

Because feis season is already upon us and because we forget. We become complacent and tend to get wrapped up in the stress of making the dress and the wig perfect, watching the clock and the stage to make sure we are where we need to be, squeezing in one more practice round or warm-up before we dance, and the excitement of the competition. Besides, what could happen at a feis? Well, let me quote from some of the comments I received after I wrote that post:

“We were at the Louisville Feis this year (2013) and there was a man watching the U15 novice, prizewinner stage who was also alone and not related to any of the dancers. He sat at the end of a row and would brush the legs of dancers as they passed him. He was reported to the Feis volunteer table and eventually security came and escorted him out.”

“…With my first daughter he took her skirt in his hand and LIFTED it up! That should have been shocking enough, but I was not even thinking that he could be a concern…because I thought he was there with a dancer! My daughter quickly returned to the stage, then my other daughter came over and AGAIN he mentioned the dresses, he lifted her dress and then he GRABBED my daughter and hugged her, since he was sitting down and she was standing, his face was directly in her chest area…”

“We had one of our teen dancers grabbed inappropriately at a feis not long ago. The parent of that dancers was approached by another mom saying it had happened to a few other girls as well.“

And there were other comments, spread over posts, Facebook, Voy etc…

So what can we do?

After the posts in August, I created a list of recommendations that were meant for Feiseanna committees, schools and governing bodies, and they cover the points above and some other things to consider. It might be worth your time to review them and pass them on to others:  http://whatthefeis.com/f-e-i-s-recommendations/

So please, take some time to talk to your children. You may consider chatting with the teacher to see if your school has a safety program and a 'feis dress code', and if they don’t, suggest having one created. Always be aware of your surroundings, and keep an eye on those who do not appear to be keeping an eye on themselves. We are all family.

And if you have thoughts to share, use the comments below to post them. There can never be too much information when it involves the safety of our children.

FYI, here is a list of links to the articles I mentioned for your convenience:

Thanks for reading and remember, first, everyone is safe.

I am so pleased that you have written this Feis Dad. I have been concerned about this for some time and think this issue should be given more attention.
Your 'what can we do' list is very good and I will mention this article to other parents at class this week.
Thank you for posting.

I agree with Louise K and Feis dad. We all need to pay more attention to the safety of our kids and a little bit less on the colour of the dress on the dancer sitting next to us..