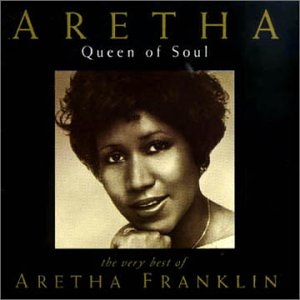 Short post this month, and this is another of my pet peeves, which I call idiosyncrasies, becasue that makes them sound more mature. Like many of my blog posts, something happened at a feis, which caused me to do a mini-rant on Facebook, which gathered a huge number of likes and comments very quickly. It was then that I realized that maybe my peev..., um, idiosyncrasy, was more common than I realized.

One of my youngest memories was of first grade, when the entire school stood outside in front of the flagpole and recited the Pledge of Allegiance. As I grew, I was in Cub Scouts, then Boy Scouts, where paying respect to our flag and our anthem was reinforced. If we were in our uniforms, we would salute the flag while The Star Spangeled Banner played, and if we were not in uniform, we were sure to remove our hats and place a hand over our heart while it played, like that time we went to Fenway to see the BoSox, but I digress.

Later in life, I was in the Navy, where these values were further instilled, and not only to our flag and anthem, but to every nations. Our national anthem was played at 0800 every morning, and weather permitting, we would be on the main deck, facing the flag holding a salute while it played. If we had other nations ships in port, we would also play their anthems, holding the salute till all anthems had played. Now that I am out of the Navy, I still stand at attention, remove my hat, place a hand over my heart, and very often tear up when I hear our anthem.

Where is he going with this?

So, some of you probably know where I am going here, while others are thinking 'what in the world does this have to do with feiseanna?' Well, there is an opportunity to show respect at every feis I have been to, and the lack of respect on the part of many was the subject of my mini-rant.

At a recent feis, the National Anthems began to play, and while many stopped and displayed the appropriate decorum, many did not. Dancers continued to practice on stage, children ran around during the anthem, while some parents simply ignored the music and continued doing what they were doing. Lots of people stood but continued to talk to whomever was standing next to them. Men kept their hats on, and very few people put their hands over their heart, even fewer sang.

When the US Anthem ended, it seemed to be a sign for people to go on with what they had been doing, ignoring completely the Canadian and Irish anthems that followed. I continued to stand until the other anthems completed, truly disappointed with the people around me.

Was it me, was I being overly sensitive? Is my patriotism and show of respect for other countries a product of my military service? Maybe it was, but I posted my mini-rant anyway, and figured a few people would click LIKE, but as the number of likes increased, I knew it wasnt just me. A comment from the FB post:

"...some adults need to learn some respect as well. The Irish Anthem may not be the 'home' anthem, but it's an Irish event show it as much respect as your own."

and in a private message from a friend I received this:

"I wanted to post openly, but I don't want to get our TCRG in any grief! She got sooooooo pissed off this morn during the anthems that she marched straight over to a stage and cleared the hard shoe dancers off it!

Then, she commented out loud, but to no one in particular, about the lack of respect from parents, causing about seven that had been sitting and chatting to stand up and be quiet and the stage monitor next over to look around and hustle kids off the stage.

She doesn't follow your facebook shame page, but was so horrified, too that she couldn't stand it.

Not a vet, no vets in her family, 1st gen American, but that is SIMPLY NOT RIGHT"

You can see all the comments on that FB post here.

What can I do?

I know it is feis day, and I know what a chaotic scene that can be, making sure the todo list is complete so your dancer is ready to go. I also realize it is entirely possible that some people may not have been exposed to the appropriate behavior for the playing of national anthems for other countries. It really is easy, just do the same thing for those that you do for your own countries. Stand up, face the flags (or music), remove your hat, don't talk (but singing along is OK), and make sure the people you are responsible for are doing the same. TGRGs, maybe this is a topic you can cover in a class every so often, when the chaos of a feis is not a distraction.

Showing respect in this manner only takes a few minutes and if everyone is doing it, they are not going to be ready to dance any sooner than you.

If you made it this far, thanks for listening.

'The overall service is great!'