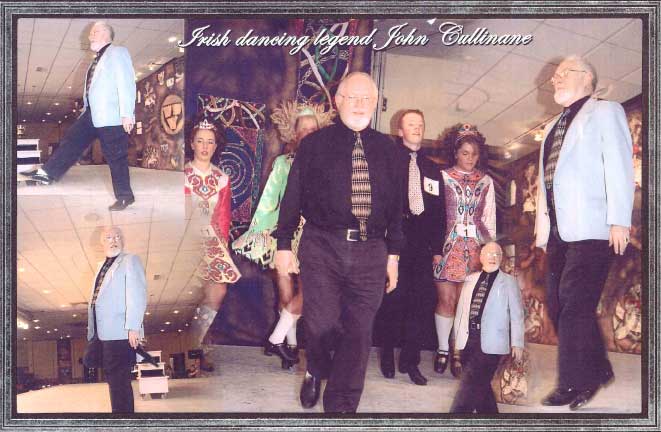 Dr. Cullinane reflects on his body of work and the world of Irish dancing.

In this blog post, we talk to renowned Irish dance historian, Dr. John Cullinane, who is the author of 10 books on the history of Irish dance.

Dr. Cullinane has been a member of An Coimisiún and an examiner for over 40 years and took part in the organisation of the very first World Championships. His books cover a range of subjects and are frequently used as reference material in academic studies as well as keenly read by curious Irish dancers!

We ask Dr. Cullinane to take some time out of his schedule to speak to us about the new book.


Hello Dr. Cullinane, Why did you decide to write another book?

Well, the World Championships is the flagship event in the world of Irish dancing and ranks as one of the biggest competitive festivals of traditional dance of any nation.

It attracts thousands of entries from some 22 countries, no matter where it is held, but there has been no previous attempt to compile a history of the event.

You have a very personal relationship with the An Comisiún World Championships. Can you tell us a bit more about that?

Yes, I do. I was asked to be a member of the An Coimisiún subcommittee that was set up in the late 1960s to establish this event.

Sadly, very few of the surviving organisers are still alive. It is something that I have wanted to do for several years before it was all forgotten. I feel it is very important for these events to be recorded and remembered so they are there for future generations.

Does the book include your memory of events?

Yes, I did draw on my own personal memories of meetings since 1969 but I have also been consulting colleagues worldwide over the past ten years or so, to get as detailed a picture as possible. The first draft of this book was actually produced eight years ago.

Can you let readers know what to expect from the book?

The reader will discover how the idea of a World Championship event came about in the late 1960s, when air travel was still a novelty and phones were expensive and few and far between. A time before mobile phones and the internet!

It was a time when the Dancing Commission was changing from an Irish Organisation to one that legislated for Irish dancing worldwide. The late 1960s were very turbulent years in Irish dancing but we still decided to go ahead with the 2½ day event in Dublin.

In the book, I look at that first World Championships in detail, when only a small handful of English, American and Canadian dancers competed. I have traced and spoken to most of the North American competitors in the 1970 event and include their memories of coming to Ireland by airplane to that first event where they had to cope with the different ways that competitions were run in Ireland. 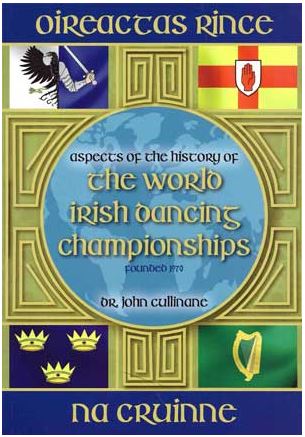 The World Championships has grown a lot since then, does the book cover this?

Yes, the book looks at how the Worlds grew in size over the years and it includes plenty of statistics to illustrate these changes and how the event evolved into the 8-day event of current times.

There are also a number of photographs from those early Worlds which I think readers will enjoy.

What are the major changes you have witnessed at the World Championships since 1970?

The original event was established by an all Irish, and Irish speaking, committee and truly reflected Irish culture. Now it is run largely by a more international committee and it is truly a Global event.

The dancing has become more energetic and highly intricate and with much greater movement and elevation. The style of the dancing is no longer dominated by Ireland or influenced by Irish culture but allows for teachers all over the world to have an input into what constitutes the current trends. 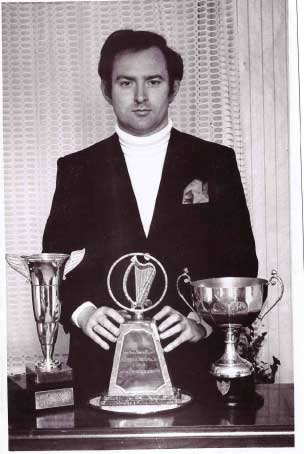 What are your most memorable moments from your long association with Irish dancing?

I have so many memorable moments; winning the World Champions in 1970 and 1971; my “Feile Deah Mease” a combination of the Feis and dinner where I was honoured by my colleagues; my first time visiting South Africa and teaching Irish dancing in Africa, an entirely new continent for Irish dancing; my first time adjudicating in Russia. and being received by Ambassador Jean Kennedy Smith ( sister of President JFK) at her residence when we celebrated the 25th World Championships. 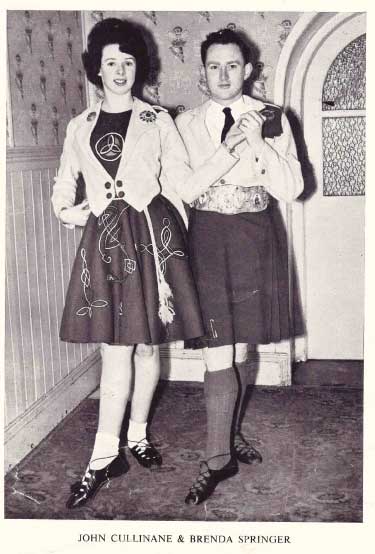 (John with partner Brenda Springer on tour in Belgium, Holland & Germany in 1962.) 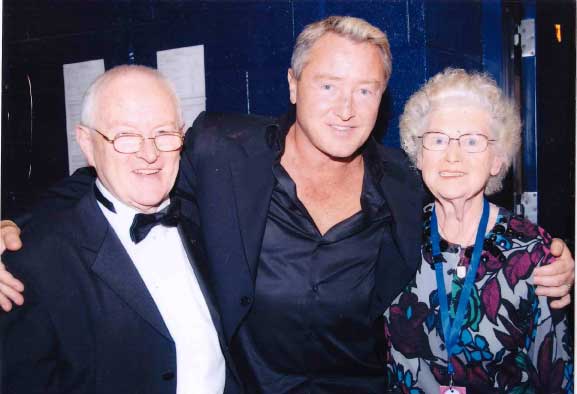 Do you think Irish dance will continue to be as popular as it is today?

The success and appeal of Irish dancing lie in the intricateness of the footwork and the percussive nature of hard shoe dancing; which is so unique to Ireland.

We have allowed Irish dancing to develop and evolve (’tradition is something that changes with time”) and to allow teachers from all over the world to have a say in ‘what is Irish dancing in this present time’.

Other countries have preserved their country or folk dances by strict rigid control but that leaves them in danger of not increasing in popularity and even dying out.

What do you think about the new trends in dresses and wigs? Do you feel this takes away from the dancing or Irish traditions?

Personally, I do not like the excessive use of wigs and the fact that the dresses nowadays no longer bear any Irish emblems or anything to identity them as being Irish - but that is the price we pay for the tremendous global  popularity.

So the Irish dancing costumes of today reflect the popularity of Irish dancing worldwide and the fact that the nature of the dancing has changed so much.

The Commission does have legislation to prohibit the use of makeup on very young children but has difficulties in enforcing that rules.

You now have 10 books in the series. Which book did you enjoy writing the most?

They were all very different.

My early books were based on a number of essays on very different topics, so these books cover a lot of areas and subject matter. After writing my first two books I began to investigate individual aspects of Irish dance in greater depth such as my book on Irish Dancing Costumes.

I enjoyed that book very much because it was based on my collection of photographs dating back to the 1890s.

I was able to use detective work to trace the developments that took place since that time. Using a combination of photographs, recorded interviews with elderly teachers and research (even my science training came in useful) the history of the dresses revealed itself.

It has proved to be an extremely popular book, especially for students doing research work but also for the reader who just likes to look at the numerous photographs.

Have the books become easier to write as the series progressed?

I found this latest book, the History of the Worlds, was the most difficult to write.

It involved an enormous amount of research and as the first draft was written 8 years, I found myself continually updating it as more information came to light. It was quite frustrating at times; every time I thought I had a completed draft I would receive something new. This even happened as the book was being finalised for print!

Besides I am just getting old, going on 78 next October and typing on the laptop is tiring. 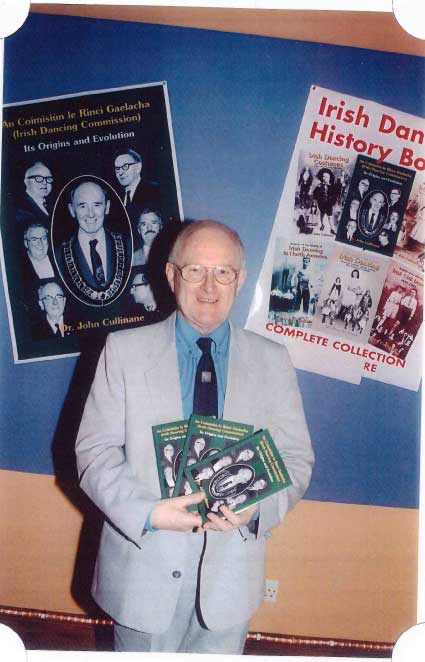 (Dr. Cullinane presenting one of his previous books on the Commission)

How did you feel after completing the latest book?

I had a sense of deep satisfaction when I finished it and said - now this is my legacy; ten books and a 2hr long DVD.

The book was a very big undertaking for me and I have spent some 8 to 10 years researching, continuously receiving additional information.

I said that I am finished with book ten but I might continue to produce ‘booklets’ on smaller; less comprehensive topics.

I still have many more topics that I would like to record and document. There is still plenty of information in my archive that is otherwise unknown which I wish to share with others.

My philosophy has always been to share the information that I have collected over the past 50 years, and not to take it to my grave with me as nobody will read it there!!!

You have a lot of Irish dance memorabilia. Which parts of the collection are your favourite?

Many different parts of my archive give me great pleasure, especially my very extensive collection of photographs.

There are also cassette recordings that I have made over the past 40 years, talking to dance masters, now since deceased, about their Irish dancing in the late 1890s.

My collection of Teachers lists dating from 1944 and the original handwritten list of teachers compiled by the Commission in 1932-33 also mean a lot to me. 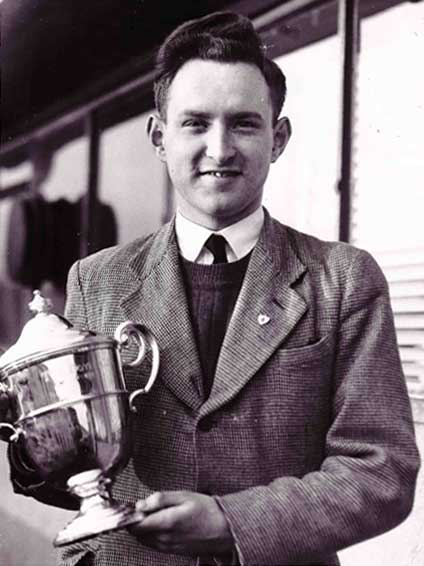 Thank you, Dr Cullinane, for taking the time to talk to us today.

Dancers worldwide are invited to view some highlights of the collection which are currently on display in the Antonio Pacelli building in Wembley, London. Items on display include the first World Championship medals as well as Irish dance material and photography dating back to the start of the last century!

Dr. Cullinane’s latest book can be purchased in our Wembley shop or online via our book section in the online shop