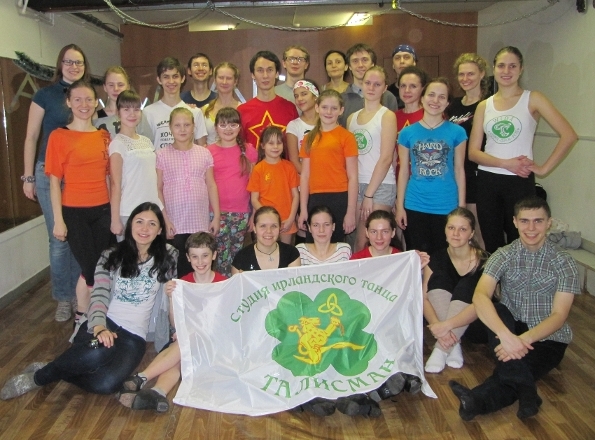 In early January Novosibirsk had its annual Irish Siberian dance camp "-31°С". This year the teachers were Yuliya Zaporozhchenko from Odessa and Alexander Kukharenko from Moscow. Show dance classes were among the main activities of the camp. Also we've studied some ceili, tried some sean-nós dancing and power yoga. Yuliya worked on our technique, and Alexander manage to create in few day (about 4 hours with each subgroup) a piece of real Irish show. Alexander keeps telling us untiringly that Irish dances are not only sport. They should remain graceful art.

All these classes, of course, are made not only for developing some sport qualities, polishing technique or learning new movements and steps. I believe, the common spirit of such event is really important. Old and new friends, subtle teachers' humor, pub dances, mass ceili and joy. All of these will be really remembered, stay in hearts and inspire new achievements.

What great videos! Thanks for posting them.

'Attentive managers, respond promptly to all questions, they don't confuse the items in the order'