So you are a new Irish dance parent, you will have to explain this to somebody... 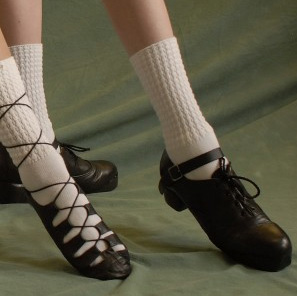 OK, so you are a new feis parent, getting ready for your first feis, and you will have to explain this to family, friends, co-workers, whoever. Hopefully you read my Introduction To Irish Dance Terms post, so you can at least pronounce some of the words, but what do you know about the dances? Here are some down-and-dirty facts on the main dances that, if you manage to remember, will make you sound like a pro, even if you can't tell a hornpipe from a shoehorn. It's OK, I am still not sure I could tell you which is which, but I'm the dad, do I really have to know?

This is very basic, and I suggest calling on your friend Google if you want to find out more about the dances or a particular dance. There is a lot of info out there, trust me.

NOTE: Heard from a friend and follower on Facebook, that maybe I left out a few items, so I have added them. Comments are marked 'Bill said I forgot this'. Its OK, I trust Bill, he has been at this for a while, and though my addition with that note may sound like sarcasm, it is genuine appreciation for him taking the time to make us all a little smarter  :)  Thanks Bill!

An English sixteenth-century dance whose name is most likely from the French word "to jump", giguer, or maybe the Italian word, giga or "jig." Originally in 2/4 time, the dance has morphed into both both 6/8 and 9/8 time depending on the dance.

You may be familiar with this one, as it is typically one of the first learned and competed, and is usually only done at the lower grades levels. The count is one-two-three, two-two-three up to eight, and is performed in 6/8 time. This dance is performed in soft shoes and is more bouncy, with more up and down rather than back and forth, therefore the dancer does not travel around the stage as much as in other dances.

Bill said I forgot this: Until the late 1980's, men and boys did not compete slip jigs and still don't in championships.

Less common, but making a comeback from what I understand, a Single Jig is a light shoe dance done to 6/8 or 12/8 time. The count is more one-two, one-two, and may remind you a children's nursery rhyme. I have not seen this dance, and cannot speak to what other organizations are doing, so you might run across it.

Bill said I forgot this: Single jigs are called "hop jigs" in some places. "Pop Goes the Weasel" is the most popular single jig tune in the world.

Another 6/8 time dance, and you may have heard it called a hard or heavy jig, since this one is performed in hard shoes. A "treble" is a hard shoe move that resembles a "shuffle" done in tap dance. The Treble Jig is most likely the first hard shoe dance your dancer will learn.

BIll said I forgot this: Treble jigs are called "double jigs" as well; they use the same music as light jigs, just slowed down. Like hornpipes, they're done to faster or slower music, depending on level.

Another beginner dance, done in soft shoes to 2/2 or 4/4 time. It is a very energetic dance with lots of leaping.

Usually done as a special dance at a feis, a Treble Reel typically has a line of dancers in hard shoes who dance one at a time until each have done their steps. You will know this dance because ALL the dancers do the last set of steps together, and when you have up to 50 dancers do a step in hard shoes at the same time, it is hard to miss. For fun, watch the faces of new feis goers when this happens

A hornpipe is a another hard shoe dance done in 4/4 time with a one-and-two-and-three-and-four count with accents on one and three. There are both fast and slow hornpipes, and contrary to what you would think, the slow is the more advanced dance.

Traditional Sets (Trad Sets) are a group of dances which have set music and steps. Some of the more popular traditional sets include St. Patrick's Day, Blackbird, Job of Journeywork, Three Sea Captains, Garden of Daisies, and King of the Fairies.

If I was to be completely honest, I could not state many of those facts until I researched this article, and I have been at this a while. At the very least, I suggest you try to be familiar with the names of the dances, and which dance is done in which shoe. Here is the list again:

Hope this helps, it helped me

Oh, and BIll also said: Keep up the good work!

'Excellent service...we changed the shoes 3 times but nothing was a problem for the staff who sent the last pair by special delivery as we had a competition the next day.'